Sharing Her With David (Men of the Borderlands #6) 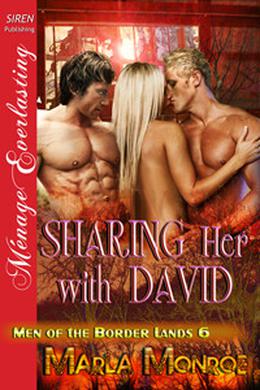 When black market raiders try to capture April, only her husband’s friend David’s timely arrival saves her from a life of slavery. Gary decides that he needs help protecting April now that the world has changed for the worse. Can he convince David to join them and April to accept him?

David can’t believe that his best friend wants him to join him in protecting April as well as in their bed. As much as that would be a dream come true, David is worried that Gary will come to resent him and April will fear him. She’s always seemed nervous around him.

April has fantasized about David ever since she met him, but she loves Gary and would never betray him. How is she going to handle David being around all the time? Then Gary drops the bombshell. He wants her to accept David in their bed as well.
more
Amazon Other stores
Bookmark  Rate:

'Sharing Her With David' is tagged as:

The 'Men of the Borderlands' series

Similar books to 'Sharing Her With David'

Buy 'Sharing Her With David' from the following stores: