How to Rape a Straight Guy 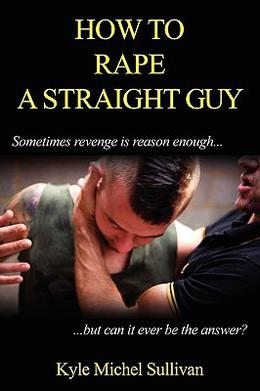 Curt has been beaten, betrayed and brutalized by just about everyone hes known. And his mother once a prostitute, now born-again and married has banned him from the family. But six years in prison taught him a lot including how to force straight cons to ejaculate as he rapes them, and how that can be a very satisfying method of revenge. Now hes out and trying to stay straight, but problems with his marriage and zero prospects of earning money enough to live on make that almost impossible. Its while hes hustling two gay men in a bar one afternoon that he mentions what hes done in prisonand the bet comes up. It seems the men, Wayne and Lenny, want a little revenge of their own against someone whos caused them trouble. If Curt can make this one straight guy get off while being assaulted, theyll give him a car, cash and a chance at a new life. Being in the mood to do some damage, Curt agrees and they start laying their plans. But step-by-step, Curt realizes things are getting out of control, and he has no one to pull him back from the abyss. And a stupid little bet is threatening to plunge him headlong into disaster.
more
Amazon Other stores
Bookmark  Rate:

'How to Rape a Straight Guy' is tagged as:

Similar books to 'How to Rape a Straight Guy'

More books like 'How to Rape a Straight Guy'   ❯

Buy 'How to Rape a Straight Guy' from the following stores: