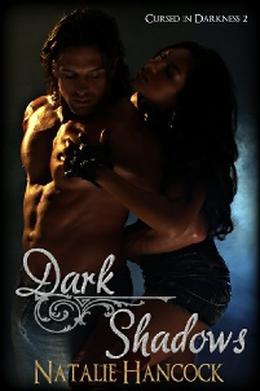 Layla is incredibly weak from serious wounds after the attack and the hunger raging inside of her does not help. When Shade tempts her, with not just his body, but with his blood also, Layla struggles harder than ever. As much as she wants his blood pouring into her mouth while he takes her, she cannot do it. Her secret, her hidden identity will get out—and that she cannot handle.

Layla tries to continue to live her life as normal, however, things turn bad when Layla and Nikalye discover something and Layla has to fight for her life, putting everyone in serious danger.

Layla is on the lookout now, and the only distraction is Shade. When he speaks, when he breathes down her neck and touches her, she cannot remember anything but him. When they get intimate, it is all she can do to keep herself breathing as he pleasures her. She cannot understand how they both react so strongly with each other, but she does not care.

Yet she feels as though something is going to go horribly wrong, not with Shade and herself, but something else, something bigger…and she is not wrong.

It is worse than before and Layla has no choice now but to reveal who she really is, and risk everyone hating her for the rest of her time in the academy.

What is her secret?
more
Amazon Other stores
Bookmark  Rate:

'Dark Shadows' is tagged as:

The 'Cursed in Darkness' series

All books by Natalie Hancock  ❯