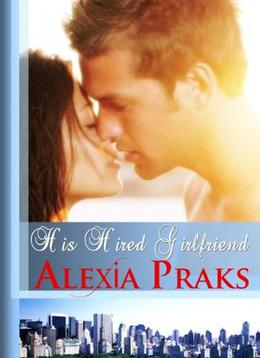 Family oriented Alexandra Stewart is in desperate need of money for her dad’s heart surgery. She is stoked when Jayden McCartney unexpectedly barges in to her life and offers to help. On ONE condition. She must pretend to be his girlfriend. One look at Jay tells her to run in the opposite direction. He is too good looking, too successful, and too rich for her liking. When she is told Jay is gay; however, she feels sorry for him and, thinking that she’d kill two birds with one stone, agrees to the proposal. Now the only problem is how does she prevent herself from falling madly in love with Jay? When the way he looks at her makes her heart tremble and his touches set her body on fire?

Hot, recently single Jayden McCartney has to bring his girlfriend to his sister’s wedding in order to stop the matchmaking his grandmother has planned for him. Not in the mood for dating or a new woman after the discovery of his cheating ex, he hires a perfect candidate as his girlfriend in Alexandra Stewart. Alex, however, thinks he’s crazy and only when he commits a sinful lie that would damned his manhood forever does she agree to help. He convinces her that he is gay and that the possibility of his family finding out would ruin them financially and socially. Now Jay has to pretend to be batting for the other team. This is no easy task where the geeky turn sexy Alex is concerned because he wants her in his bed, and what Jay wants, he gets.
more
Amazon Other stores
Bookmark  Rate:

'His Hired Girlfriend' is tagged as:

Similar books to 'His Hired Girlfriend'

Buy 'His Hired Girlfriend' from the following stores: