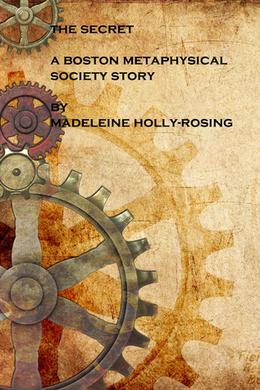 Based on the Steampunk web comic BOSTON METAPHYSICAL SOCIETY ( www.bostonmetaphysicalsociety.com ), THE SECRET is a novelette based in that universe.

In an alternative Boston of the 1800's, our world has developed along the lines of Steampunk technology, but with a modern twist. Here exists steam driven rudimentary computers and electronics. And dirigibles rule the sky. But with it comes huge social and political schisms.

The Story:
Elizabeth Weldsmore has kept something secret from her father since she was nine years old. But when Samuel Hunter is employed as her bodyguard, she must chose between saving him or protecting herself.

'The Secret - A Boston Metaphysical Society Story' is tagged as:

Similar books to 'The Secret - A Boston Metaphysical Society Story'

Buy 'The Secret - A Boston Metaphysical Society Story' from the following stores: