The Department of Hate 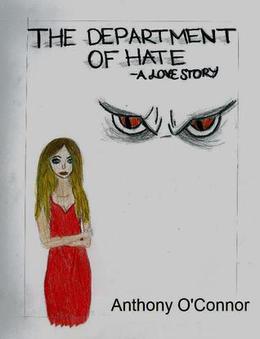 This ebook will be available for free at the Amazon Kindle
Store from Wed Dec 18 until Sat Dec 21.

Check out the new edition/cover.

A modern day Divine Comedy which ends rather differently.

Jarrod finally meets the girl of his dreams at Waterloo Station on a Friday night, waiting for the next train to Brighton. He falls in love instantly, though Cassandra’s response is at first more ambiguous. He thinks that he is a philosopher working at the University of London. She thinks that she is an Artist. But they are both mistaken. Things get ... complicated, and very violent. They find themselves in Hell where Lucifer is making final preparations to re-assault the Heavens and God is nowhere to be found. On the Earth above the whole world is falling apart – and the end of days is rapidly approaching. The demons fight among themselves. Beelzebub hates Asmodeous, Asmodeous hates Gaap and Gaap hates everyone. The vast Pit of Despair at the center of Hell dominates the landscape. Confined to the far edges of the surrounding Plains of Desolation, Marduk, Ishtar and the other ancient Gods watch on, thinking dark thoughts, biding their time. Jarrod and Cassandra want only to escape but escaping from Hell is not so simple.

A harsh and cynical look at love and sex, death and the afterlife, faith and religion!

Will love prevail? Who is Jarrod and does he have a plan? Who is Cassandra and what does she really think about all of this? And who is the evil twisted little gnome who haunts Jarrod's dreams and who has been watching Cassandra for her entire lifetime. What does he want from them?

This book is definitely NOT suitable for minors.
more
Amazon Other stores
Bookmark  Rate:

'The Department of Hate' is tagged as:

Similar books to 'The Department of Hate'

Buy 'The Department of Hate' from the following stores: