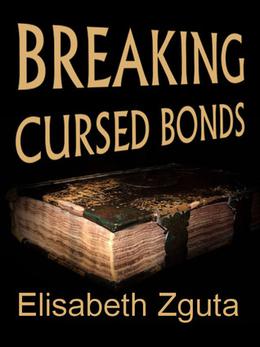 Thaddeus Riley was one of the most important people in his nephew Jeremy’s life—an eccentric old man passionate about the mysteries of the past. Then, one night Uncle Thaddeus tells Jeremy of an ancient journal that holds untold secrets about his family history. That same night, the journal is stolen and the old man murdered in his home.

Days later in Memphis, Tennessee, Emilie De Gourgues discovers an ancient journal telling of a curse that has loomed over her family for centuries. The journal tells stories of French seamen, Florida tribes, and ancient ceremonies once held in the darkness of a world she knows little of. Haunted by the mystery of her mother’s death when Emilie was still a child, the gifted empath vows to break the curse before it destroys any more of the family she loves.

In their quest to find answers, Emilie and Jeremy cross paths in New Orleans. The two are instantly drawn to one another, helpless to fight their attraction as the mystery of the De Gourgues curse draws them both deeper into a world of voodoo, superstition, and darkness.

Travel with Emilie and Jeremy from Memphis to New Orleans, then Florida to France, as they search for the answers to their Cursed Bonds.
more
Amazon Other stores
Bookmark  Rate:

'Breaking Cursed Bonds' is tagged as:

All books by Elisabeth Zguta  ❯