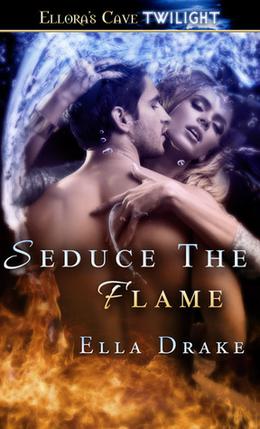 Fire mage Ray has enough on his plate. He has to clean up after a traitor in the Cinder Task Force plus attend his brother’s nuptials. There’s no time to shore up his crumbling resistance to finding his own mate, but the wedding proves he’s not immune. And water mage Clarissa is temptation itself.

Clarissa has kept her attraction to Ray to herself. Still, one little dance won’t be a problem. A lingering touch leads to another and her powers erupt, endangering them all. Ray has to get Clarissa away but he doesn’t trust himself alone with her.

Then there’s no choice. The traitor escapes and they’re on the chase. Long-buried desires sunder control. The only way to save themselves is to let their passions unite. As long as it isn’t too late.

'Seduce the Flame' is tagged as:

Similar books to 'Seduce the Flame'

All books by Ella Drake  ❯

Buy 'Seduce the Flame' from the following stores: