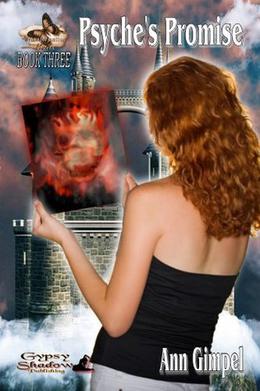 The Transformation Series is about finding out who we truly are when the chips are down. About what is real and what is illusory. About what matters and what doesn’t. It’s easy to show our best side when everything is going well. How about when the world is disintegrating around us? What happens then?

In this final book of the Transformation Series, Lara and Trevor’s relationship undergoes stresses that threaten to annihilate them. Constantly hungry, besieged by dark forces, they need every resource they’ve developed as a couple to keep from ripping each other apart. With Lillian and Raven— two ancient Celtic Sidhe— off fighting their own war against Goblin hordes, Lara has only herself and her half-baked magic standing between survival and certain death for herself, her love and their child.

The remote location that was supposed to solve all Lara and Trevor’s problems has done anything but. Though she works diligently, Lara’s crash course in magic proves woefully inadequate. When Trevor is captured by demons, Lara curses her decision to leave Seattle. “If only I’d known,” she cries, convinced she can’t go back. Or can she?
more
Amazon Other stores
Bookmark  Rate:

'Psyche's Promise' is tagged as:

All books by Ann Gimpel  ❯