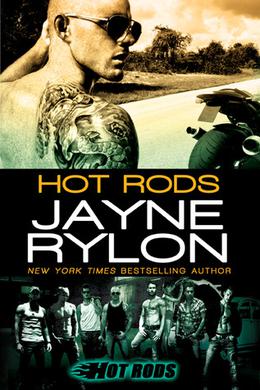 Nothing's sexier than seven men with hot rods. King Cobra Since Eli's mother died, his father has taken in kids from the wrong side of the tracks. Those who stuck around became Eli's quasi family. But things have gotten complicated since he and Alanso, his head mechanic, witnessed the allure of polyamory while visiting friends. Eli's not sure he wants to risk everything on a quick romp behind a stack of tires. But when he catches Alanso exploring their mutual fantasy at a known hookup spot, Eli must decide if it's time to jump in full throttle-and trust his instincts to guide him through the night. Mustang Sally Sally Rider is desperate to outrun the memory of two of her fellow mechanics getting busy with some bar skank on the hood of a classic car. On her custom paint job. Eli and the other Hot Rods are determined to prove to her-in the sexiest possible way-that she's not merely an interchangeable part in their well-oiled machine. Yet just as Eli gets the nerve to make a very indecent proposal, a ghost rises from Sally's painful past. Threatening to slam the brakes on their future before they can get it in gear. Warning: Buckle up! This is going to be a wild and steamy ride.
more
Amazon Other stores
Bookmark  Rate:

'Hot Rods' is tagged as:

All books by Jayne Rylon  ❯