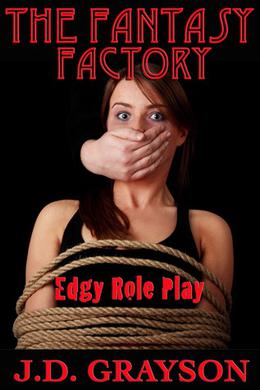 
Vicky Lane’s sex life has hit a wall. Failing to spice things up with sexy outfits and toys, the luscious housewife threatens her husband with an affair. After he carelessly dares her to go forward, Vicky calls Gavin’s bluff. Raising the stakes, she lets her dark side shine.


She signs up for the fantasy factory, where fantasy becomes reality. Wanting to act out her darkest taboo, she signs her freedom away, putting it in the hands of unknown men. Taken at random, an edgy adventure follows suit. Vicky hopes to teach Gavin a lesson of her value, though by the end, the lesson will belong to them both.


The Fantasy Factory series will be an occasional series of non-sequential, “Paid for hire” role plays. They can be read in any order.

'The Fantasy Factory: Edgy Role Play' is tagged as: