Jaguar in the Sun (Unveiled Seductions #4) 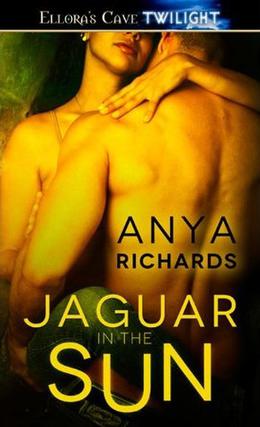 Cassandra Solinar has a bucket list and jaguar god Xbal Montegro is on it. About to undergo an essential rite she won’t survive, she wants to wring every ounce of pleasure out of the time left. Including discovering if Xbal’s sex magic technique is as good as rumored.

Cassie can’t tell Xbal the truth about what she’s about to do. It’s illegal, but without her death the entire world will perish. It’s a job she’s been preparing for from birth, but the loss will be greater now. For in Xbal she finds a soul-deep connection she doesn’t want to lose, and the one thing she made a point of not putting on her bucket list—love.

'Jaguar in the Sun' is tagged as:

Similar books to 'Jaguar in the Sun'

Buy 'Jaguar in the Sun' from the following stores: