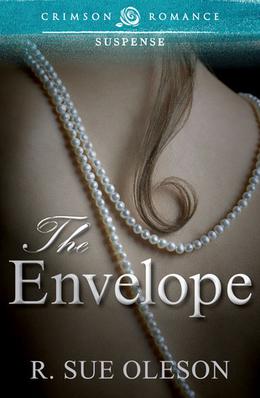 Carol Long has a life most people only dream of—a large estate in a gated community, designer clothes, a luxury sports car, and high-ranking status on society’s ladder. But Carol isn’t happy; in fact, she suspects her very handsome and very successful husband is cheating on her. Soon after she hires a private investigator to find proof of his indiscretions, Doug Long turns up dead, and Carol finds herself accused of his murder.

Enter Detective Ben Anderson—a strictly no-nonsense and by-the-book cop. When Ben crosses paths with the beautiful and wealthy Mrs. Long, he doubts her story from the start. But when they are thrust together in a turn of events, he soon finds himself lusting after his latest murder suspect, causing him to doubt his own instincts. Just how far will Ben be willing to go in his quest for the truth? Will he cross the line of the law, risking his entire career—and maybe even his own life—to save her?
more
Amazon Other stores
Bookmark  Rate:

'The Envelope' is tagged as:

Similar books to 'The Envelope'

Buy 'The Envelope' from the following stores: