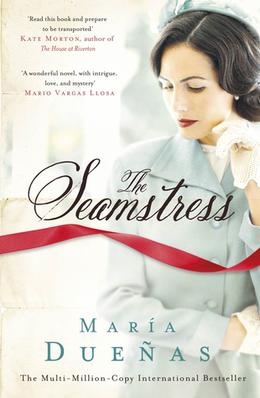 The Time In Between is a word-of-mouth phenomenon that catapulted María Dueñas, a debut author, to the top of Spain's bestseller lists and has been sold in twenty-five countries.

This breathtaking novel, which combines the storytelling power of The Shadow of the Wind with the irresistible romance of Casablanca, moves at an unstoppable pace. After her lover lures her away from her home in Spain, Sira Quiroga is suddenly left abandoned and penniless in Morocco. Against all odds, she forges a new identity and returns to Spain where she becomes the most sought-after couture designer for the socialite wives of German Nazi officers stationed in Madrid. But she is soon embroiled in a dangerous political conspiracy filled with intrigue, betrayal, and espionage.

The Time In Between is one of those rare, richly textured novels that, down to the last page, keeps you hoping it won't end.
more
Amazon Other stores
Bookmark  Rate:

'The Seamstress' is tagged as:

Similar books to 'The Seamstress'

Buy 'The Seamstress' from the following stores: