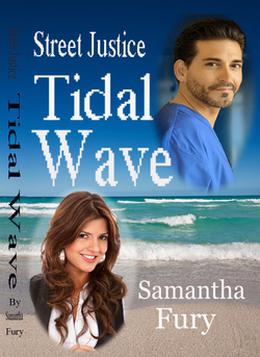 Antonio was out walking the beach before the sun was up. He was unfairly
burdened for a kid of fourteen, but he quickly learned that his troubles at
home were nothing compared to the new problems he had now.

He was the only witness to a terrible plane crash that happened in those
early morning hours. Two men had been in the plane; one walked away,
the other lay unmoving on the sand. Later he learned the man was taken
to Mercy General; since his mother was a nurse there he was able to gain
access to the injured man, Carlos Santora.

The pretty nurse Fran and that cocky doctor they called Max McDreamy
were tending to his plane crash victim. Thankfully, Doctor Max seemed
more interested in Fran than he did the man from the beach. Fran on the
other hand seemed concerned, but she was too busy to spend much time
digging for the truth.

It didn’t help his troubles with the detective, though. Detective Donigan
was supposed to be investigating the crash, but he seemed to be spending
more time flirting with Rosa, Antonio’s mother, than he did working on
the case. Antonio didn’t like it but he wouldn’t complain; it kept the
detective from looking his way.

And what about the pretty redhead Antonio sold the Sunday paper to?
Why was she so interested in the man from the plane crash? If he could
only figure it all out. He’d managed to talk to talk to the man named
Carlos twice, but he was no help; he had amnesia.

So much to figure out and he had a feeling he was running out of time . . .
more
Amazon Other stores
Bookmark  Rate:

'Tidal Wave' is tagged as:

All books by Samantha Fury  ❯