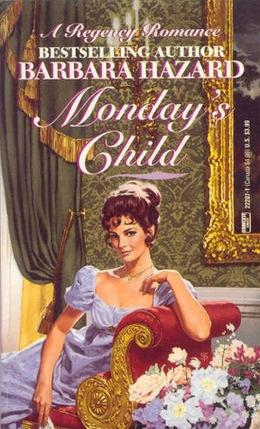 He was convinced she'd become accustomed to a grander life than he could give her...

Newly—and happily—widowed, Lady Sarah Lacey is lured home under the guise of her mother's illness so that her parents may take over the handling of her money. They even have a wealthy new husband picked out.

But after a brief but hellish first marriage, Sarah is determined never to marry again—until her still-burning girlhood attraction to Evan Lancaster pushes thoughts of merry widowhood from her mind.

His appeal is disturbing—for her parents, outraged at their daughter's infatuation with a lowly farmer—and for Sarah herself, who must prove to this reluctant Romeo that neither class nor station can thwart love's true intentions.
more
Amazon Other stores
Bookmark  Rate:

'Monday's Child' is tagged as: