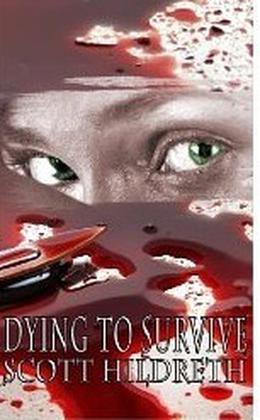 THE BOOK HAS BEEN REPUBLISHED, UNALTERED AND UNEDITED AS "PLENTY OF FISH"

*CAUTION* This book has scenes describing the abduction, rape, murder, and torture of living people. Additionally, there are graphic scenes of sex, not all of which is consensual. YOU HAVE BEEN WARNED.

A woman is abducted and placed into a room with three other women, all of which resemble her. Confused, scared, lonely, and in constant fear, she waits. The abductor, after a few days, opens the door and explains the following to the group of women, “Tomorrow morning, at eight am, one of you will forfeit your life to save the other three. If one person isn’t willing to die, everyone will die.”

Ryan Capshaw was raised at the hand of an abusive father, and grew up believing he was worthless. To prove his intelligence and self-worth to himself, he has devised a plan to abduct, torture, and murder four women. One of the women, however, decides to challenge his intent - causing him to reconsider his plan.

This twisting, turning, and ever changing plot will keep you flipping pages until you finally reach the unbelievable ending. When you think you have it figured out, brace yourself, you're DEAD wrong.

Prepare for a trip that will leave you guessing, wondering, and contemplating how you would react, think, and prepare to either die, or be a survivor.
more
Amazon Other stores
Bookmark  Rate:

'Dying to Survive' is tagged as:

Similar books to 'Dying to Survive'

Buy 'Dying to Survive' from the following stores: