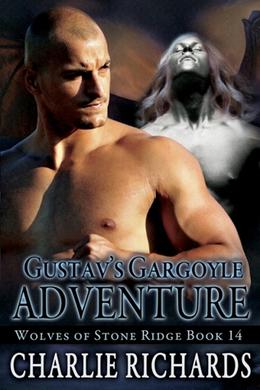 Gustav Hermance is finally putting his life back together. He’s landed a job as a foreman for a construction company, he hasn’t suffered a panic attack in months, and he’s found an apartment of his own. Gus’s hard-earned independence has helped him put the experiments the scientists conducted on him behind him. It brings quiet nights, poker evenings with buddies, and learning to be comfortable with his mated friend’s displays of affection. Everything is going well, until he scents something so wonderful, he becomes obsessed with it. Gus thinks he’s found his mate, but the guy’s scent fades too quickly for him to locate the source. With the help of his buddies, he starts a search of Stone Ridge that quickly expands to include the forests around them. What he finds is Tible, a creature he never knew existed. Can he convince the sexy male that their differences don’t have to tear them apart?
more
Amazon Other stores
Bookmark  Rate:

'Gustav's Gargoyle Adventures' is tagged as: