An Affair to Remember (Freedom In Love #1) 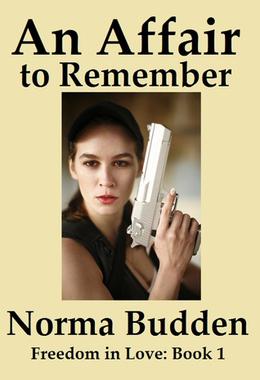 Monica Townsend enjoyed living the quiet life of a book editor - but, from the moment she stepped through her office door one evening, everything changed. Kidnapped at gunpoint, she was held hostage at an abandoned warehouse, praying her life would be spared as shots rang through the air.

Married Police Officer, Chase Travers, was on duty when the call came in. Being the first officer at the scene, he didn't anticipate the sight awaiting him - three dead men sprawled on the warehouse floor. Upon further inspection of the premises, he discovered a barely conscious Monica Townsend and stayed by her side until the paramedics arrived.

In the hospital later that evening, Chase was supposed to be returning home to his wife and two sons but felt prompted to stay at Monica's bedside to ensure her safety. In the still of the night, a gunshot rang out in the hospital corridor.

Chase and Monica escaped and began running for their lives but they faced a bigger challenge as they battled an attraction to each other which intensified as each hour passed. Will they be able to withstand temptation or, in the heat of the moment, will they give in?

And why are people gunning for Monica Townsend? Is it something she knows, a connection she has or is she merely a pawn in a game bigger than anything she and Chase Travers could have imagined?
more
Amazon Other stores
Bookmark  Rate:

'An Affair to Remember' is tagged as:

The 'Freedom In Love' series

Similar books to 'An Affair to Remember'

All books by Norma Budden  ❯

Buy 'An Affair to Remember' from the following stores: