A Bride for the Taking (Thunder Creek Ranch, #6) 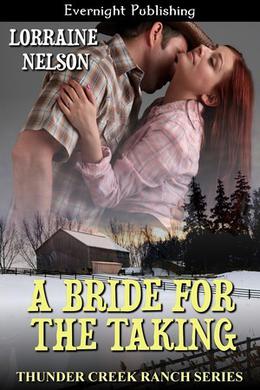 Maureen (Rena) Kerrigan is plagued with visions…nightmare visions concerning the death of a man her father, Cameron Manning, is accused of murdering. She relays her information to the police, dismayed when it all adds up to making her father appear even more guilty.

Michael Grayson, head honcho of the local RCMP detachment and Cam’s nephew by marriage, is in charge of the investigation concerning Walt Carson’s death. He believes in Rena’s visions and feels she is a target of the real killer. He vows to keep her safe while proving Cam’s innocence.

Can Michael and Rena push aside their growing attraction for each other and work together on the case? Or will desire overcome common sense and put them both in danger?
more
Amazon Other stores
Bookmark  Rate:

'A Bride for the Taking' is tagged as:

Similar books to 'A Bride for the Taking'

More books like 'A Bride for the Taking'   ❯

Buy 'A Bride for the Taking' from the following stores: