Love Him or Leave Him (Small Town, Big Dreams #2) 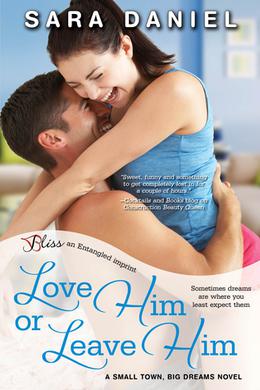 Sometimes dreams are where you least expect them

Connor O’Malley and Becca Sanders were once high school sweethearts, ripped apart by rumors in the small town of Kortville, Illinois. Connor left to join the military, and Becca stayed, waiting for her younger brother to graduate so she could live her dreams of traveling the world. But now that Connor's back as the town sheriff, Becca finds herself struggling to resist the too-handsome man who once broke her heart.

Connor loves Kortville—its quaintness keeps at bay the painful memories of Afghanistan he’s sure make him unworthy of any woman, particularly the beautiful brunette he’s always secretly dreamed of a future with. But when a scandal rocks the town, suddenly Connor and Becca must trust in each other if they want to weather this storm…and come out on the other side of it together.
more
Amazon Other stores
Bookmark  Rate:

'Love Him or Leave Him' is tagged as:

Similar books to 'Love Him or Leave Him'

More books like 'Love Him or Leave Him'   ❯

All books by Sara Daniel  ❯

Buy 'Love Him or Leave Him' from the following stores: