In the Shadow of Malice 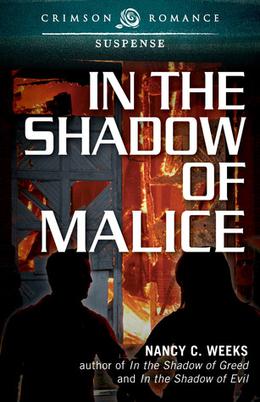 Adam Blake, ex-CIA operative, has gone to great lengths to keep his identity a secret from his maternal grandfather, who controls the most brutal crime syndicate in Eastern Europe. The moment he lets his guard down, the unthinkable happens and his best friend, the mother of his child, is tortured and murdered. To protect his daughter, he must seek the help of his father’s family—who has no idea of his existence. What Adam could have never foreseen is the unusual attachment between his daughter and her most unlikely protector.

After months of living in an emotional vacuum after her roommate’s murder, Calista Martin takes a chance and befriends a handsome regular at the diner. What is supposed to be just a ride home hurls her headlong into Adam’s world of murder and revenge. To add to an already explosive situation, Adam’s traumatized little girl refuses to release her hold on Calista. Knowing what it’s like to lose a loved one, Calista insists on staying with Adam to protect Anna.

After Calista risks her life to protect Anna, Adam begins to see the waitress from the diner in a different light. But the Vasnev threat is heating up and Calista, while willing to help him, really doesn’t trust him. Can he find a way to eliminate his enemies to become the father Anna deserves and the man Calista needs—or will he fail again, taking his future out of his hands forever?
more
Amazon Other stores
Bookmark  Rate:

'In the Shadow of Malice' is tagged as:

Similar books to 'In the Shadow of Malice'

More books like 'In the Shadow of Malice'   ❯

Buy 'In the Shadow of Malice' from the following stores: