Just for the Weekend 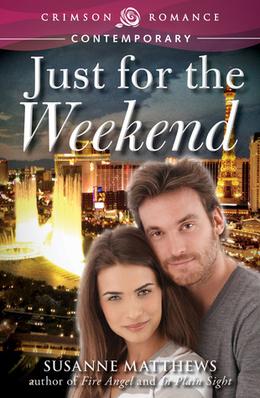 It’s time to play with the grown-ups.

Kindergarten teacher Cleo James needs a change. Three years at her widowed dad’s beck and call are enough. A weekend in Vegas at a sci-fi convention with her best friend will do for now, and the hot guy who wants to spend time with her only adds to her excitement. After all—it’s just for the weekend. What can possibly go wrong?

Multimillionaire Sam Mason is sick of gold diggers. He’s looking for someone who’ll fall for him, not his wallet. When he meets a shy, green-skinned slave girl, she pushes all his buttons—the best part is she has no idea who he is and mistakenly believes he’s a Chippendale. Between the sexual attraction and too much alcohol, he wakes up married to his green-skinned beauty, but the bride has vanished. Finding her will be a lot harder than he thinks.
more
Amazon Other stores
Bookmark  Rate:

'Just for the Weekend' is tagged as:

Similar books to 'Just for the Weekend'

All books by Susanne Matthews  ❯

Buy 'Just for the Weekend' from the following stores: