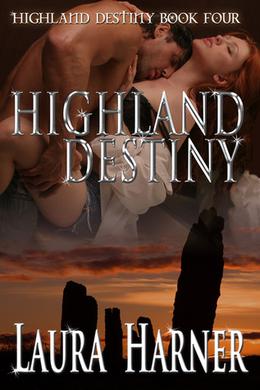 Highland Destiny: A tale of betrayal, murder, and magick spanning two continents and hundreds of years.

Although Professor Andi Cunningham knows Druidry and magick are real, her dream to recreate a twelfth century Scottish castle is destroyed when the Druid who claimed her heart wards her from the land. Now Andi’s deeply hidden Druid powers have been awakened by her new husband, Liam—Ian’s descendant and the son of the Master of the Bresal Etarlam, who wants her untapped power as his own.

Ian Worthington, the ancient warrior displaced by time, knows sacrifices must be made for the good of the order, including his own heart. However, as prophesies are revealed, he discovers sending Andi away for her protection may prove too costly for them all. When Ian convinces her to return to finish her work on the castle, both sides in the Druid conflict are pleased.

With both Ian and Liam keeping secrets, Andi must uncover the darkest secrets of her Druid heritage and the connection to the past, before the upcoming battle destroys the balance of power forever. All that’s at stake is the fate of the world.

'Highland Destiny' is tagged as: