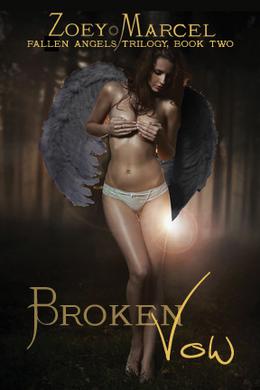 Every forty years a demon is freed from his stone prison in the Underworld temple and given a choice. To be free the demon must drink from the River Lethe and forget his former life. Should he refuse, he is cast back into darkness. In 1855 a grown Sully frees the demon who sired him.

Nimbus chooses to drink from Lethe to gain his freedom. It’s been decades since his mate, Sonya betrayed him. They say time heals all wounds, but there are some things that time was never meant to heal.

In 2010 Sonya is still slaying vampires to win back her redemption. During a battle to save her home city, she slays a dragon, who just before he dies calls her mother. Sonya is devastated to learn that she unintentionally killed her own son in an effort to protect the city. Her heartache leads her to cross paths with Dante, a hunky tattoo artist. The two forge a strong bond of love and lust, but he holds a dark secret that could cost them both dearly.

Jude, the soul devourer learns that Sonya killed Sully, the son that he and Nimbus fathered with her. Jude enlists the help of Delilah, a succubus to find Sonya so he can unleash hell on her.

Sonya’s loyalties and fears are put to the test when Nimbus walks back into her life, seeking revenge. What follows is a battle between good and evil, but in the end her divided heart must choose a side and accept the consequences of her decision.
more
Amazon Other stores
Bookmark  Rate:

'Broken Vow' is tagged as:

All books by Zoey Marcel  ❯