The Final Battle (Descent of Kings #04) 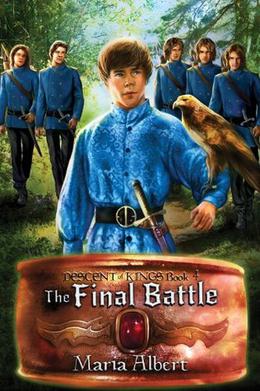 Rion wields a power of heart that touches all he meets. The wizard Circe once called him a lynchpin, a keystone of the world. When Rion is viciously attacked and maimed in Gosa, he believes Circe’s family is retaliating for his betrayal of them to Crown Prince Elavar. Learning the horrific truth brings him to the brink of madness.

Rion’s friends take him to the River Elves of Salenia for aid, but the Elves send them onward, to King Talon. The company’s perilous journey to the Watchtower is fraught with danger and filled with tragedy and triumph, but their trials have just begun.

King Talon’s army has been decimated by the Enemy’s relentless attacks. After staggering losses, they are outnumbered ten to one and teeter on the brink of defeat—yet somehow their dwindling forces must overcome a being with the Power of a God.
more
Amazon Other stores
Bookmark  Rate:

'The Final Battle' is tagged as:

The 'Descent of Kings' series

Similar books to 'The Final Battle'

Buy 'The Final Battle' from the following stores: