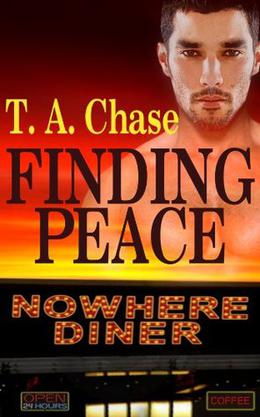 Chad Mitchell is on a downward spiral and he's not sure how to stop it. Between the flashbacks of fighting in Afghanistan and the alcohol, he feels like he's losing his mind. And if he's not careful, he knows he might lose more than that. Working at Cookie's Diner is a chance at working through his problems, yet his demons are stronger than he thinks.

Sergeant Zane Smithson comes to the diner in the middle of nowhere to check up on Chad. The men had served together in Afghanistan, and even back then, Zane had been interested in Chad, who had served under him. But when Zane got home, he had his own demons to beat before he could help his troubled comrade. Now, once Zane finds Chad, he sees there is more to the man's problems than just flashbacks of war.

When a confrontation between them leads Chad to the depths of a bottle, Zane realizes they both need help to find peace in their lives...