Shattered Secrets (In the Shadow of the Wolf #1) 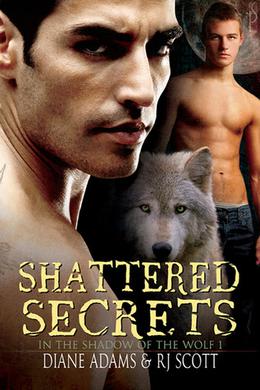 Jamie is human and he's a wolf. Werewolves aren't just some supernatural fairytale. They are a living breathing part of society. Once they hid their true natures, but now they are out and proud. Wolves are an accepted part of society, but even with all the new laws, it's not easy.

Race relations made society complicated enough, then came the gay rights movement adding a whole new dimension to the struggle for acceptance. Add a new species to the list and you have a whole different world

Rob is a cop and has just passed his thirtieth birthday, being promoted to a special police task force specializing in wolf / human cases. He sees it all. The seedy underbelly of city life, the fights, the murders, and the parts of human / wolf interaction that people would rather ignore. He meets a young man, Jamie, at a club and embarks on the hottest one night stand of his life. Little does he know that his lover is a shifter. He has no worries with wolves, but interspecies relationships are not on his to-do list.

When a case involving kidnappings of young werewolves lands on Rob's desk the ugly face of the werewolf sex trade is something he has to deal with. With Jamie seemingly at the centre of it all can Rob push past his prejudices and keep his lover alive?
more
Amazon Other stores
Bookmark  Rate:

'Shattered Secrets' is tagged as:

The 'In the Shadow of the Wolf' series