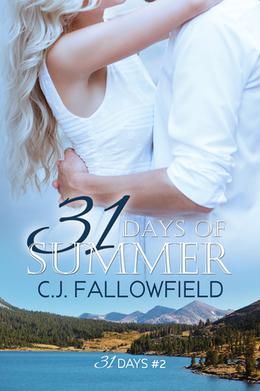 This is the second part of the 31 Days duology, which must be read in sequence to avoid any spoilers.

It’s been six months since Ellie last saw Dan in Scotland, having thrown herself into her new position at work to try and distract herself, she’s finally feeling like she can move on. While out on a first date however, chance throws Dan right back into her path, reigniting all the feelings that she’d so desperately tried to suppress.

When her date recognises him, and tells her who Dan really is, and what he knows of his past, Ellie automatically feels conflicted. While she’s still not forgiven him for the secret he’d tried to keep from her, she knows deep down he’s the man she wants. Once again, Brooke persuades her to book a flight to Scotland to confront him and get the truth, the whole truth and nothing but the truth.

Will Dan’s candid explanation resolve everything and pull them back together, or will his confessions prove insurmountable for Ellie and drive a final nail in their coffin?
more
Amazon Other stores
Bookmark  Rate:

Similar books to '31 Days of Summer'

Buy '31 Days of Summer' from the following stores: