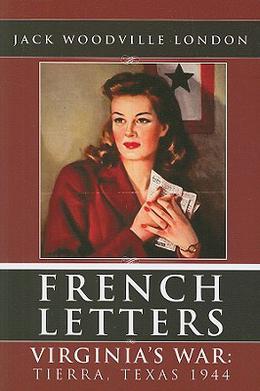 French Letters: Virginia’s War is a poignant novel that earned uncommon critical acclaim, being named a finalist for “Best Novel of the South,” an award given by the Anderson Foundation in honor of Willie Morris and a finalist for the Military Writers Society of America award for Best Historical Novel of the Year.

This first book of the French Letters trilogy is the tale of one woman’s home front experience, set against the back drop of the story of a small town that has plenty going on behind the scenes. It was there one morning that an unexpectedly pregnant Virginia Sullivan read in her father’s newspaper that she had supposedly eloped with a soldier. This is news to Virginia, not to mention her “husband” Will Hastings, who was already off at war and knows nothing of it.

Sullivan is the daughter of a small town’s leading figure, a newspaper owner who, because of his knowledge of everyone’s personal business, runs the local black market in ration coupons and hard-to-get tires and gasoline, and sister of Bart, a draft dodger who runs the post office while keeping her mail from going or coming and preventing Will Hastings, the lead figure in French Letters: Engaged in War, from knowing that Virginia is pregnant or that her father has published a phony story.

There may be a World War going on thousands of miles away, but there’s plenty going on behind the scenes in Tierra, TX to keep Virginia preoccupied.

#1 in War Fiction on Amazon Kindle

#8 in Historical Fiction on Amazon Kindle

French Letters: Virginia’s War was featured in the Amarillo Globe-News, Texas Bar Journal, and London has been a guest on “Great Day SA,” the morning news shows on KFDA-TV and KVII-TV, out of Amarillo, Texas, and News 8 Austin
more
Amazon Other stores
Bookmark  Rate:

'Virginia's War' is tagged as: