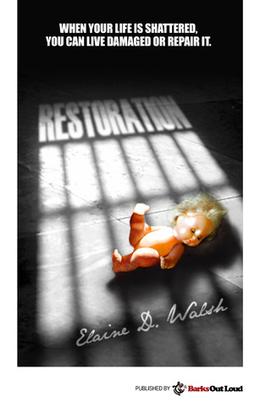 When your life is shattered you can live damaged or repair it.

With a signed death warrant and final appeals running out, Tess Olsen anticipates the execution of the man her mother deserted her family for thirteen years ago. Randall Wright s death will expel his disturbing legacy and return her mother to her; it s as simple as that, or so she believes. But Wright robbed her life of more than just her mother and like a splinter slowly and painfully working its way to the surface, those stolen pieces begin emerging.

Working as an art conservator in New York City, Tess keeps an emotional distance from co-workers. She has no close ties since isolating herself during her teen years when the tale of Wright s crimes, trial, and marriage to her mother was published in a Pulitzer Prize winning article. She yearns for the family she had and is unable to accept who they are now.

Tess is dating Ben Elliot, an art critic for the New York Times. The relationship both intrigues and unnerves her. Unlike men she s dated in the past, he is more interested in her than her physical attributes and any sex she can offer. Although drawn to Ben, she is more comfortable with men like Kenyon LeMere, a brazen artist Ben introduces her to who has a reputation for translating his sexual liaisons into art.

Restoration chronicles Tess Olsen s challenge to restore her life, relationships, and dreams back to the promise they held before Randal Wright.
more
Amazon Other stores
Bookmark  Rate:

'Restoration' is tagged as:

Buy 'Restoration' from the following stores: