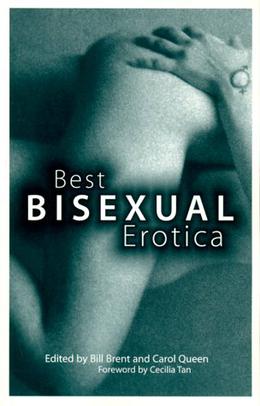 Best Bisexual Erotica 2000 is the first volume in a ground-breaking anthology series. Launched by a powerhouse trio of editors -- Bill Brent and Carol Queen (each widely respected author, as well) -- this will be one of the year's hottest, most innovative and most powerful erotic anthologies. Its crossover appeal will sell to straight, gay, lesbian, bisexual, and fetish audiences -- in short, anyone literate with a libido.In the tradition of other best-selling "best of" series, Best Bisexual Erotica will mix the cream of the previously published crop with all new stories with a bi-flavored tingle. The stories in Best Bisexual Erotica reflect the tremendous breadth and diversity of the bisexual world, using erotica as a means to explore what it means to be bisexual. Visibility, acceptance, identity, polyfidelity, and expanding one's sexuality -- concerns common to people of all orientations -- will be explored with a fresh and unique bisexual perspective.
more
Amazon Other stores
Bookmark  Rate:

'Best Bisexual Erotica' is tagged as: