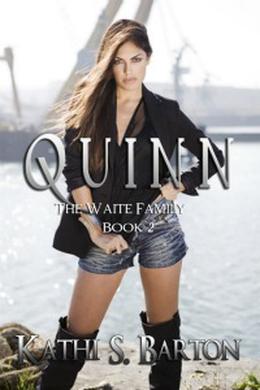 Does she always have to be so bossy, Andrew thought to himself? Quinn Waite was Cain’s sister and worked for his wife, Alyssa as a secretary and her own personal security. Quinn owed Alyssa that much for saving her from being killed by her own father. Quinn had been married in the past to an abusive man and once her sister Sydney found out, she taught her self-defense causing the man to sign the papers for divorce.

Andrew Miller works as an attorney for Alyssa at her company Howard Enterprises. They have been friends for years and he as well was there to protect Alyssa. She still has enemies that are out to get her.

Quinn and Drew have an eye for each other but after a night of passion, she’s accused him of taking advantage of her and cries rape. Drew is livid and takes off to Paris on a business trip to get away. Not remembering till too late that it was a mutual encounter, she finds out later that she is pregnant and isn’t sticking around. How is Drew going to fix the mess he’s gotten himself in? Will love prevail for them and can they live happily ever after?

When Alyssa’s mother Shannon and Guinevere, Cain’s mother get together, things will never be the same. They both have their own reasons to have her eliminated and they would stop at nothing. But what tricks do these women have up their sleeves?

Join us in our journey for the second installment of The Waite Family.
more
Amazon Other stores
Bookmark  Rate:

'Quinn' is tagged as:

The 'The Waite Family' series

Buy 'Quinn' from the following stores: