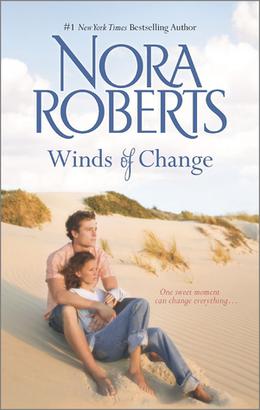 Laine Simmons has travelled halfway around the world to make amends with her estranged father, not defend herself against his infuriating business partner. Dillon O'Brian seems convinced that Laine is only after her father's money. Well, if he wants to believe that, fine! She wants nothing to do with the arrogant, judgmental... and very sexy Mr. O'Brian anyway. But try as she might, Laine can't get Dillon out of her head or her heart.

Straitlaced lawyer Keane Prescott has no interest in his late father's circus, until he meets lion tamer Jovillette Wilder. Jo is unlike any woman he's ever met. She's beautiful, graceful, fearless and about as unpredictable as the animals she tames. Keane knows there's no way she'd fit into his life, yet all it takes is just one kiss and suddenly running away to join the circus seems like the best idea he's ever had!
more
Amazon Other stores
Bookmark  Rate:

'Winds of Change: Island of Flowers / Untamed' is tagged as:

Similar books to 'Winds of Change: Island of Flowers / Untamed'

Buy 'Winds of Change: Island of Flowers / Untamed' from the following stores: