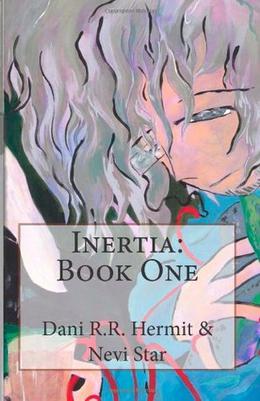 Inertia: Book One
A Parliament of Twilight novel

Skye is about to quit his job tending bar because of the golden ticket he blackmailed out of Siris a few weeks ago. On his last night, his bosses hire him a piano player for his going away shindig and change his entire world.

RT was ready to quit on life. Having spent most of his life as Broadway royalty and even as a pop radio darling for a time, the fifty-something piano player has been reduced to playing dive bars as an impersonator of himself because no one in their right mind would hire him. He's been in and out of rehab, done reality TV hosting gigs to pay the rent and now this. RT intends for this retirement party to be the last thing he does. Ever.

But from the moment he lays eyes on the sexy, far too young for him bartender, he forgets about his plans for suicide and ends up living more in one weekend than he could have ever imagined possible. But both men have secrets, dangerous secrets that could ruin their unbelievable bliss and tear them apart forever. What will happen to them as these secrets come to light?
______________________

'Inertia' is tagged as:

Buy 'Inertia' from the following stores: