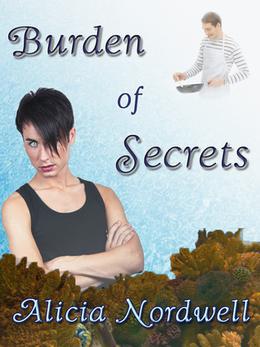 They both have secrets they want to hide. Chris isn't out and his break-up with a waitress at the restaurant his father owns, and he's interning at, results in a lot of pain for someone else. He feels the need to take care of Niel and is unable to hide how much he wants him. There's something about him that draws Chris in. But will he risk people finding out that he's gay, disappointing his dad and everyone he knows?

Chris isn't the only one hiding who he is though. Niel's hiding too, only he's got a bigger secret than his sexuality. He's hiding from some very bad ... people. Telling Chris would never be enough; he'd have to show him. But if Niel does that, if he shares his truth, he'll put them both at risk.

Can they stay together with those obstacles between them? Will Chris ever be willing to admit he's gay to anyone? Will Niel get the chance to tell Chris who he really is, and will Chris still want him afterward?
more
Amazon Other stores
Bookmark  Rate:

'Burden of Secrets' is tagged as:

Similar books to 'Burden of Secrets'

All books by Alicia Nordwell  ❯

Buy 'Burden of Secrets' from the following stores: