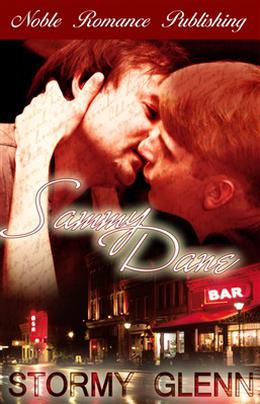 Police Officer James Everson seems to go from one guy to another, never finding exactly what he wants. Frustrated and out of sorts he goes to a local gay bar in the hopes of finding a guy and burning off some steam. What he finds is Sammy.

When these two meet, the fireworks explode. Sammy rocks James's world, giving him the best sexual experience of his life. When it's over, Sammy disappears.

James is devastated. He becomes obsessed with finding Sammy again. But an obsessed fan also wants to get his hands on Sammy, believing the books Sammy writes is their love story and he's not above taking James out of the picture to do it. Can James save his sexy little writer before it's too late or will he lose him forever?

'Sammy Dane' is tagged as: