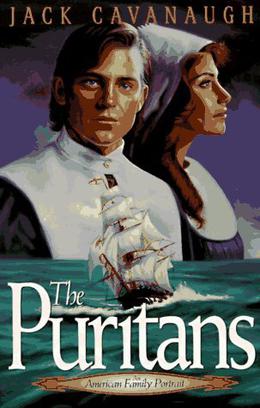 The stirring epic of faith, love, and sacrifice--a monumental saga of the courageous men and women who called themselves

Young Drew Morgan has an enviable position. Handpicked by Bishop Laud, next to the king the most powerful man in England, it is his assignment to infiltrate Puritan villages, turn over "traitors" to the church and crown, and discover the secret identity of the notorious pamphleteer Justin.

But when Drew falls in love with a Puritan curate's daughter, his personal fortunes begin to falter as his spiritual yearnings take root. After unwittingly betraying what he knows to be right, the stage is set for his conversion.

At last Drew sails to the New World colony of Massachusetts and sets out to win the forgiveness of those whom he has wronged--especially the woman he loves. Only as Bishop Laud reaches his long arm across the ocean in one final threat can Drew prove his true mettle and affections.

Trace this unforgettable adventure of one of America's first families of faith, the beginnings of a vibrant spiritual heritage that will span generations.

Jack Cavanaugh is a full-time freelance author from San Diego, California. A sought-after inspirational speaker, Jack also has served as a columnist, editor, and pastor. He and his wife Marni have three children.

'The Puritans' is tagged as:

Similar books to 'The Puritans'

All books by Jack Cavanaugh  ❯

Buy 'The Puritans' from the following stores: