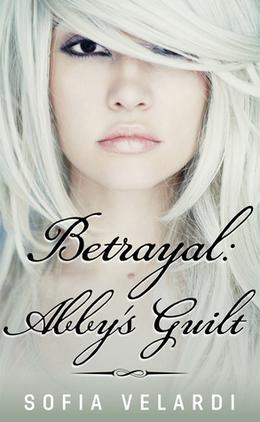 This is the first book of the Betrayal Series. Book 2: Brianna's Secret and book 3: Kyle's Revenge are available now on amazon.com.

When Abigail Sloane met Kyle Garrett at a freshman orientation session at New York University, she immediately knew he was the one. He was everything she’d ever wanted in a man. He was smart, sweet, attentive, and drop-dead gorgeous.

Abby and Kyle have been dating for almost three years. Abby knows everything there is to know about her dreamboat boyfriend; everything except anything having to do with his older sister Brianna. Brianna, an up-and-coming film and television actress, and Kyle have been estranged for years. All Abby knows about Brianna is that she ran away from home when she was eighteen years old and Kyle seems to hold a lot of resentment towards her.

Kyle grows agitated every time Abby tries to get him to talk about his mysterious sister. According to Kyle, there are very shameful secrets about Brianna, and he does not want Abby to learn about them. Kyle wishes he could cut Brianna out of his life for good, but their mother has begged him not to.

When Brianna comes to town to audition for the lead role in a very popular Broadway play, Abby is determined to meet the budding star and unravel the mystery that surrounds her once and for all. At a party, Abby and Brianna meet for the first time, but Kyle doesn’t let them talk to each other much. Not only does Abby fail to learn the truth about Brianna’s past that night, she also gets caught in the middle of a bizarre, mean-spirited bet that turns her world upside down and changes her life forever.
more
Amazon Other stores
Bookmark  Rate:

'Betrayal: Abby's Guilt' is tagged as:

All books by Sofia Velardi  ❯