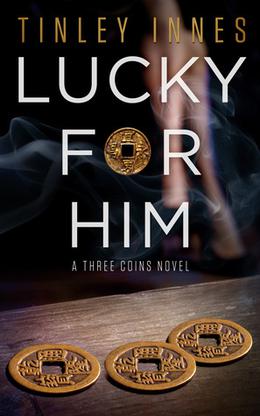 Austin Sanders has the easy life; being a professional baseball player and son of a wealthy businessman, his good fortune has been handed to him like a lucky penny. When his shoulder injury throws him out of the lineup for the Kansas City Royals, Austin is faced with starting his life over at thirty-one.

Austin meets beautiful and inquisitive marketing executive Ryan Taylor, and she agrees to help Austin start his new business venture. Ryan finds herself drawn to Austin . . . but she’s also drawn to his secrets. When Ryan lets her curiosity gets the best of her, she begins investigating Austin’s almost unnatural source of luck. She had no idea that the answer would lead her to be entwined in a murderous plot, ancient magic, and maybe the love of a lifetime.
more
Amazon Other stores
Bookmark  Rate:

'Lucky for Him' is tagged as:

Similar books to 'Lucky for Him'

Buy 'Lucky for Him' from the following stores: