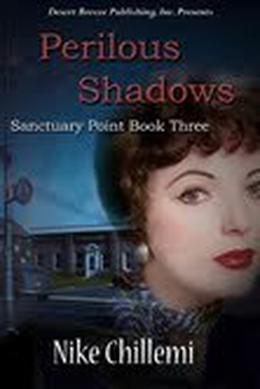 Pioneer newspaperwoman Kiera Devane is on a mission to prove a woman can do a man's job, as she hunts a young coed's killer? Ace radio broadcaster Argus Nye lost one love to a murderous fiend and his pulse races as he tries to protect Kiera from herself as much as from this killer.

Kiera was doted upon by loving parent, but they were killed when she was a girl and she was shipped off to live with a socialite aunt who had little time for her. In her aunt's house, she learned life could be cold and cruel. As a result, she grew up to be an independent and demanding professional woman.

Argus Nye, still bereft from the loss of his first love, can't understand why this female reporter is mesmerizing him. As she takes chances with her life trying to catch a killer, he's determined to protect her.
more
Amazon Other stores
Bookmark  Rate:

'Perilous Shadows' is tagged as:

All books by Nike Chillemi  ❯