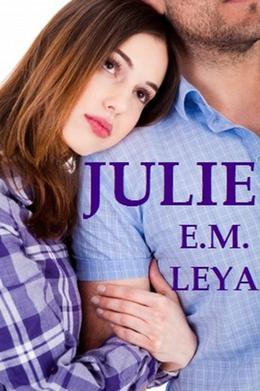 Julie has been Rick's best friend from as far back as he can remember. There isn't a time in his life she wasn't there. Even after she married and moved away, their friendship stayed strong. He'd do just about anything for her. When her husband dies and she finds herself having a hard time adjusting to the loss, he drops everything to be by her side. What he didn't expect was the sudden attraction he's having for her. Things he's always taken for granted are suddenly catching his attention.

Revelations about her marriage draw them even closer and when Julie confesses things Rick never expected, the two of them find themselves confronting emotions and situations they never thought they'd face.

He always loved her as a friend, but the feelings he has now aren't so innocent anymore. Taking things to the next level with Julie might be the biggest risk of his life, but it's one he's willing to take if she'll only let him.
more
Amazon Other stores
Bookmark  Rate:

'Julie' is tagged as:

Buy 'Julie' from the following stores: