Christianus Sum (Cry of the Martyrs #1) 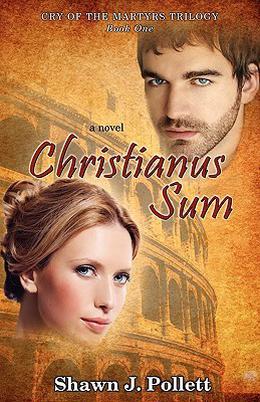 The year is AD 249 and the Roman Empire stands on the brink of destruction. Barbarian hordes swarm the frontiers, desperate to feed on the vast wealth of an empire paralyzed by rampant corruption, immorality, and a string of incompetent emperors. Out of this chaos emerges a new emperor, the "Divine Decius," who plans to save the empire by annihilating the people he believes are responsible for angering the gods-the Christians.

Now the fate of the empire rests on the slim shoulders of a simple slave girl, Damarra Valensia, the obsession of two of the empire's most powerful men: Valerianus, Decius' depraved lieutenant and the architect of the Decian persecution of the Christians, whose lust for Damarra will not be denied; and Julius Valens, the handsome and respected senator, who wants only to win the beautiful Damarra's heart. As the battle between the two men escalates, Damarra becomes the pawn in a game that threatens to tear her life apart and bring the once mighty Roman Empire to its knees. Will she deny the Christ and live out her life with the man she loves? Or will she stand with her fellow believers and proudly proclaim the very words that demand a death sentence in her world: Christianus Sum . . . I am a Christian?
more
Amazon Other stores
Bookmark  Rate:

'Christianus Sum' is tagged as:

The 'Cry of the Martyrs' series