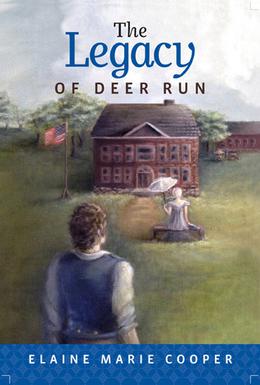 The year was 1800. A young man makes weapons for the defense of America, still a fledgling nation. He also protects his heart from the allure of a young woman who is so far above his station in life that he cannot win her. The lady fights her own war against loneliness and grief. Despite her finery and airs, she is drawn to the young armory worker, who is distant yet disarming. Love is not the only entanglement. The nation's enemies are afoot. They creep within the very walls where America's defenses are being forged. Who are they? When will they strike? Who will survive their terrorism? Intrigue of the heart and intrigue of the times are only part of this compelling story - book three of the Deer Run Saga. This series finale is a gripping mix of romance and deception, faith and forgiveness, transgression and trial.
more
Amazon Other stores
Bookmark  Rate:

'The Legacy of Deer Run' is tagged as:

Similar books to 'The Legacy of Deer Run'

More books like 'The Legacy of Deer Run'   ❯

Buy 'The Legacy of Deer Run' from the following stores: