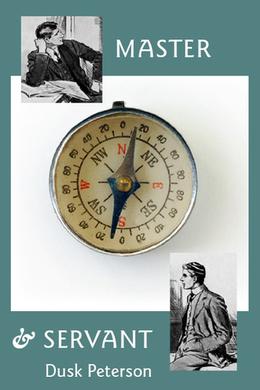 "Carr turned his head toward the water in time to see an Oyster Navy schooner dash round Bentley Point, hot in pursuit of the skipjacks. The cannon on the schooner's bow boomed."

Born into a society with a strictly ranked system of masters and servants, Carr has sought to tread his way delicately between the clashing values of the parents who raised him and the uncle whose household Carr will one day live in. Yet when he and other students at his boarding school become the latest participants in an ongoing battle between the oystermen of their Bay, Carr finds that his position of power may bring danger, not only to himself, but also to a schoolfellow he is drawn toward.

This novel can be read on its own or as the first novel in Waterman, a historical fantasy series and retrofuture series inspired by the Chesapeake Bay oyster wars, boarding school rivalries in the 1910s, and 1960s visions of things to come.

"The Abolitionist." When a foul-mouthed, seditious foreigner turns up at your door, what are the benefits of letting him in?

"The True Master." In a society where the rank of master or slave defines every aspect of a person's being, what do you do when you're a master and you envy your slaves?

"Unmarked." "Fair play" is the motto of the Third House at Narrows School, but that motto takes on a different meaning when a lonely member of the Third House is secretly wooed by a young man from a rival House.
more
Amazon Other stores
Bookmark  Rate:

'Master and Servant' is tagged as:

Similar books to 'Master and Servant'

Buy 'Master and Servant' from the following stores: