The Beast at the Gate 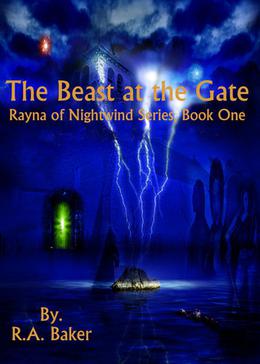 Following a bizarre lightning storm, a young college student named Rayna Powell finds herself alone in a desolate wasteland zone called the Band. In making her way out, she realizes the Band was only the beginning of her ordeal. Trapped in a strange land where danger and death lurk behind every corner, Rayna sees "magic" everywhere--the very watch she wears now glows with unknown energies. She is a student of science and logic. Yet, what she witnesses in this place defies them both. Reluctantly joining forces with a mysterious woman with a bounty on her head, they struggle to survive and avoid detection from Nephredom's minions.

Rayna finds herself caught in the middle of political strife and faction wars, as she comes to terms with the chaotic power growing inside of her. It is a magic so fierce, that the inhabitants of Taren call her a "Power", the greatest and rarest kind of mage. Though she does not yet know it, Rayna is the only one who can prevent Taren's destruction. Rayna must find a way to control her magic and use it well if she is to survive what's to come.

Accompanying Rayna on her reluctant quest is Arstinax--a tall, strong warrior who is as gentle with her as he is fierce in battle. In spite of herself, Rayna falls in love with him, which makes the adventures they share together all the more thrilling...and the stakes couldn't be higher!
more
Amazon Other stores
Bookmark  Rate:

'The Beast at the Gate' is tagged as:

Similar books to 'The Beast at the Gate'

More books like 'The Beast at the Gate'   ❯

Buy 'The Beast at the Gate' from the following stores: