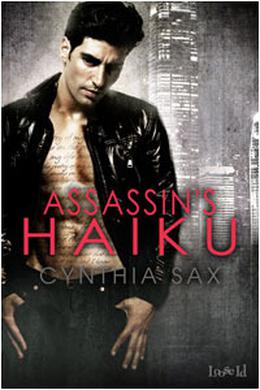 Twice a week, every week, Haiku sits beside Diego in the dimly-lit underground poetry-sex bar. As they listen to the poets read, she basks in the warmth of her genetically-enhanced assassin's body, and longs for the smack of large, leather-clad hands against bare skin. No other male, human or otherwise, makes her thighs tremble like Diego can with one dark look. Her heart, body and soul are his, if only he'd ask.

Diego won't ask, because he knows a killer doesn't deserve love. Instead he sits in silent torment, watching Haiku, wanting Haiku, yet unable to touch her. She is poetry and light, embodying all that he fights for, and when Agency operatives attack the bar, putting Haiku in danger, he must protect her. He takes her to the safest place on the planet, his underground bunker, and then realizes he has made a deadly mistake. Haiku may now be safe, but Diego's heart has been put in jeopardy.

'Assassin's Haiku' is tagged as:

All books by Cynthia Sax  ❯