The Price of Faith (The Desperate Love Trilogy, #3) 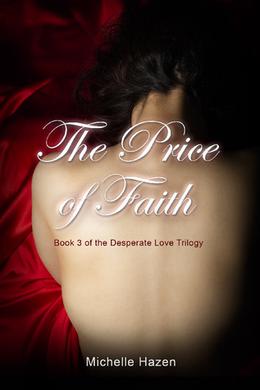 The Desperate Love Trilogy: A suspenseful and steamy exploration of the true nature of love and free will, friendship and sacrifice. Without a sire bond or untimely death to distract from the drama of Damon and Elena's first few months together, this is Season 4 the way the fans would have written it, with lots of romance, action and an explosive, game-changing finale!

Damon's discovery about the Petrova doppelgangers has made him question everything, and he lashes out viciously in his grief. But Damon Salvatore is the least of Mystic Falls' problems when some very old and dangerous adversaries come to call with a deal for Elena, Jeremy, Caroline and Tyler that speaks to the best and worst in all of them.

As the gang debates morality and breaks out some major firepower, Damon is forced to enact his most daring plan to date, gambling the lives of everyone he loves as the most exciting book of the trilogy comes to its thrilling conclusion.

**This is a published Kindle Worlds fanfiction based on the TV show The Vampire Diaries
more
Amazon Other stores
Bookmark  Rate:

'The Price of Faith' is tagged as:

The 'The Desperate Love Trilogy,' series

Similar books to 'The Price of Faith'

All books by Michelle Hazen  ❯

Buy 'The Price of Faith' from the following stores: