The Quest of Demetrius (Aphrodite's Curse #1) 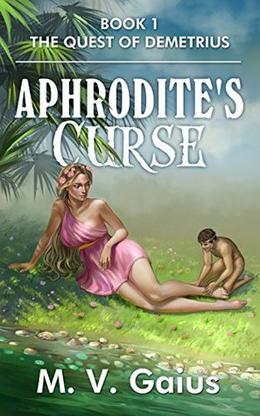 Poor Demetrius, all he wanted to do was save his friend from being sacrificed to the Goddess of Love, and now he finds himself in a terribly humiliating and desperate dilemma. Discovered and seduced by the painfully beautiful Aphrodite on her sacred island, his epic erotic encounter with the gorgeous Goddess came with an outstandingly rich reward but sadly a very heavy price. Transformed both into an immortal and the most desirable man on earth, the cost was his perpetual nudity and permanent chastity. Desperate for release he is sent on a journey to obtain the most sought after items in the world to end his accidental curse.

'The Quest of Demetrius' is tagged as:

Similar books to 'The Quest of Demetrius'

Buy 'The Quest of Demetrius' from the following stores: