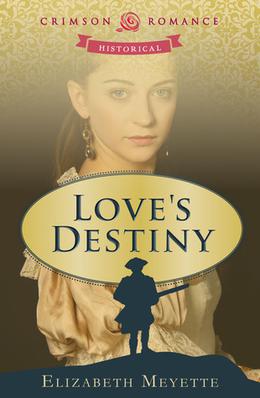 When Emily Wentworth's father dies at sea, her father's friend-and Emily's appointed guardian-Jonathon Brentwood arrives at her home in London to take her with him to the colonies. Emily, just 17, has decided that she is fully capable of taking care of herself and sets out to prove that to her new guardian. Emily's one chance to remain in London is to marry, but when the opportunity arises, she knows she would rather follow Jonathon across an ocean to a land in upheaval than to stay safely in London. But Jonathon's involvement in patriot activity against England disturbs-and threatens-Emily, a loyal subject of the king. The colonial rebellion is the backdrop for misunderstanding, fear, mistrust, and danger. Will love's destiny ensure that Emily and Jonathon stay together, even in the face of death?
more
Amazon Other stores
Bookmark  Rate:

'Love's Destiny' is tagged as: